Home/Online marketing/Are You Committed to Your Small Business Website?
Previous Next 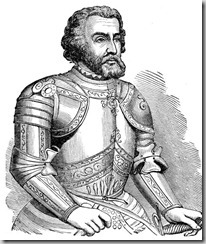 Over the last few weeks, I’ve spoken with clients and prospects concerning the need for fresh, updated content on their websites in order to achieve and maintain their desired ranking. One thing to realize is that one must be committed to do this. It takes a lot of hard work to turn things around if your website had previously been going in the wrong direction. It takes time to build a following of your online community and it takes time to build content which lets the search engines know that you are indeed a subject matter expert on your relevant topic. But, this takes dedication and commitment. 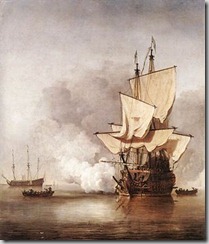 One of the most memorable inspirational stories I treasure involves Hernando Cortez, the great explorer and Spanish conquistador. In 1519, the Aztec Empire was between 5-6 million people. Cortez brought a force of approximately 500 to establish a Spanish colony and seize gold for the crown. His men were grumbling the entire voyage and fearful against overwhelming odds in a foreign land. Rumors of mutiny abounded with the goal of taking command and returning in the ships to Spain. Upon landing, Cortez ordered the ships burned. Their options limited, the only choice was to succeed or die. By 1521, Cortez had defeated the Aztecs, not only by superior weaponry and military tactics, but with an overwhelming sense of commitment from his troops.

Building an online presence, especially if you are starting from ground zero, it not a task for the faint of heart. Buzz My Biz is dedicated to helping small businesses achieve their online marketing goals by increasing your online visibility to search engines and building an online community centered around your brand.

I’m ready to get my business buzzing!